skip to main | skip to sidebar

SABER is a new band from Los Angeles, California which we can put in the NWOTHM tag without any doubt. “Without Warning”, their debut full-length, was recently released under Church Recording (HAUNT mastermind's label, Trevor Church). You can listen it at Bandcamp and you can read an interview with guitarist Joel Dominguez right here. Enjoy the reading!

-Thanks for taking your time to answer my questions. How are you guys doing at the moment?

Of course! We're all currently doing great and in good health with all things considered.

-I noticed that you all in the band are of Hispanic descent. How did you guys meet and decide to form SABER? The band formed in Los Angeles, but what year? Please tell us how the band got started.

Yes we are all Mexican to be exact. We all met by playing shows in the LA scene. Steven was in a band called LETHAL NIGHT and Jesus, David and I (Joel) were in a band called STORMBLADE and Steven loved how the three of us played so he approached me with an idea of forming a new project since we were both not entirely satisfied with where our bands were at. Shortly after that SABER was formed, in 2018. It was just the 4 of us from then on, we focused solely on songwriting before we unveiled ourselves to the world.

-There are a few bands with the name SABER. Why did you choose that moniker?

I came up with a list of names to name our new project and everyone decided SABER was the best one so we went with it. We are aware that there are some bands with the same name or the same but spelled differently, but most of them are not currently active so we felt it was okay to use the name.

-Why you choose to sound like the old Heavy Metal bands who made some great metal in the period of the eighties?

We didn't exactly choose, this is just the genre that all of us in the band love and naturally gravitate too unconsciously. 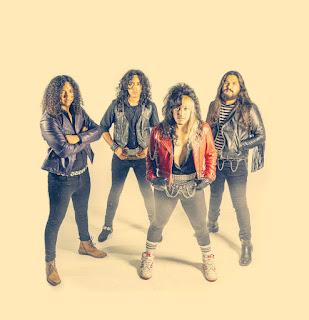 -And how would you describe what Heavy Metal is to you?

Heavy Metal for us isn’t just a style of music but a way of life. It is our ultimate form of expression of how we feel and how we look at life. Sometimes it isn’t easy for us to express how we feel through words so we write music and convey that to whomever is willing to listen.

-Talking about your music, besides the genre, what is your special touch to it which makes it different than the other new Heavy Metal bands?

I feel that it comes from the different influences that each individual in the band has. We all add our little touch to each song that makes it flourish in a different way than what was originally invisioned when first writing a song.

-Let’s talk about your debut album. “Without Warning” contains two tracks you previously released: “Strike Of The Witch” and “Speed Racer”. What do these two songs mean to SABER?

“Strike Of The Witch” was the very first song I ever completely wrote so it holds a special place in my heart and “Speed Racer” was the first song that was in the SABER catalog of music and we knew it was gonna have a huge response from our fans. Steven loved both songs so much he wanted to have them on “Without Warning”.


-How do you write songs? What’s your process? And what about the lyrical themes?

It usually starts with writing a verse riff, from there we focus on having an intro that could lead to that verse and then comes the chorus. The chorus, of course, has to be catchy no matter what! As for lyrics, we tend to choose any topic that comes to mind or whatever we're feeling at the moment.

-The drum parts on the album were recorded by Trevor William Church, who not only having you in his studio but also drumming on the recording. Tell me about that.

Since we didn't have a drummer at the time we were planning on recording the record, Trevor offered to play the drums himself on the album. He sent us the songs with him behind the kit during the pre-production phase of recording and he killed it! We told him we loved how it sounded so he lay down the drum recordings prior to our arrival to record the album.

-So currently you are singed to Church Recordings, how did you get in contact with Trevor?

Steven had found out that HAUNT was recorded all by Trevor himself and he and all of us in the band loved the production quality of his music so Steven decided to just ask him if he would be willing to record us. We weren't expecting an answer but to our surprise he actually agreed to record us and help us out. Once he heard our music he loved what we were doing and that's how our relationship with Trevor started.

-Do you have any unreleased material from the “Without Warning” sessions?

Unfortunately we don't. Trevor is a very busy man so we scheduled exactly what we were gonna work on and that was that. We didn't have time to waste so we only recorded the tracks that are on the record. 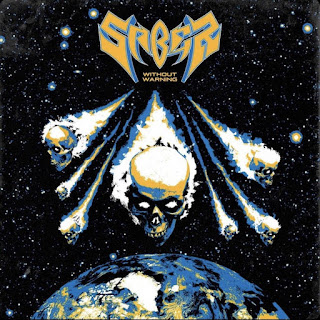 -Who has designed the artwork and cover? Is it based on your ideas?

Daniel Porta of The Pit Forge did the album artwork for us. He did an amazing job it. The band gave him all of our collective ideas on how we wanted it to look and he nailed it!

-“Without Warning” is released on CD, vinyl and cassette tape, which really is nice for all collectors out there. How important is it for you guys that all possible formats are available and are you metal collectors yourselves?

It is very important to us that our music is available in all possible formats because we want our fans and any listener to have the opportunity to listen to our work in any way possible, whether it be via streaming or physical format.

-You have done videos for the songs “Speed Racer” and “Without Warning”. Can you tell us a bit about the recording of these videos?

It was a fun experience filming these videos as everyone in the band had never done it before. Cracking jokes behind the scenes is always fun. Steven thought it would be a great idea to do these music videos because due to the ongoing pandemic we can't play live so he thought it would be best to promote the album by having music videos and showing our fans what we look like. It worked!


-What is next on the agenda for SABER? Are you working on new material?

We are currently promoting the release of our debut album “Without Warning” and also already working on song ideas for our 2nd album. Working with Trevor is not for people who like to take it easy, he expects us to work hard and have another record ready before the year ends so we are working to meet his expectations.

-Where do you see Heavy Metal today? Are there any bands out there you like?

Currently Heavy Metal is thriving with tons of new music being released almost every single day! It's amazing to see so many bands working so hard to keep metal alive in our current day in age. Bands that we like that are currently out now are HAUNT, ENFORCER, SKULL FIST, AMBUSH, STEELWING (they disbanded though) and many more.

-If you could do a covers album, what songs would SABER cover?

“Hard as Iron” by JUDAS PRIEST; “Loud and Clear” by RACER X; “Writings On The Wall” by M.A.R.S; “Bad Boys” by WHITESNAKE; “Black Hearted Woman” by BLUE MURDER; “Lost In The Rain” by IMPELLITERI; “Warrior” by RIOT; “Fatal Attraction” by LION.

-If you could make one band reform, who would you pick?

-Name ten of your favourite albums of all time.

6. JUDAS PRIEST – “Defenders of the Faith”

-Well it’s time to wrap it up here. Good luck and have fun promoting the “Without Warning” album! What does the future hold in store for SABER in the short and long run?

In the short run, expect to see us unveiling a couple of surprises to promote the album and possibly new merch so keep an eye out for that. In the long run we plan to have another album ready by the end of the year if everything goes according to plan, so all of our fans won't have to wait long for new material.


-Do you have something to say or add? The space below is all yours!

Thank you for taking the time to interview us, it was a lot of fun. To all our fans thank you for supporting us! We will continue to write, record and release music so long as you all want to hear more. Follow us on all social media platforms for updates on what the band is up to and head on over to our Bandcamp to get your copy of “Without Warning”! 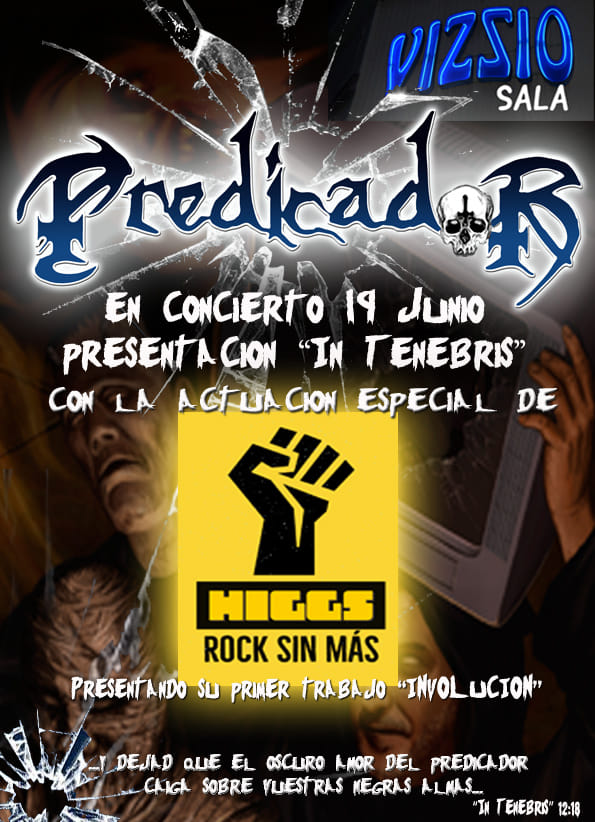 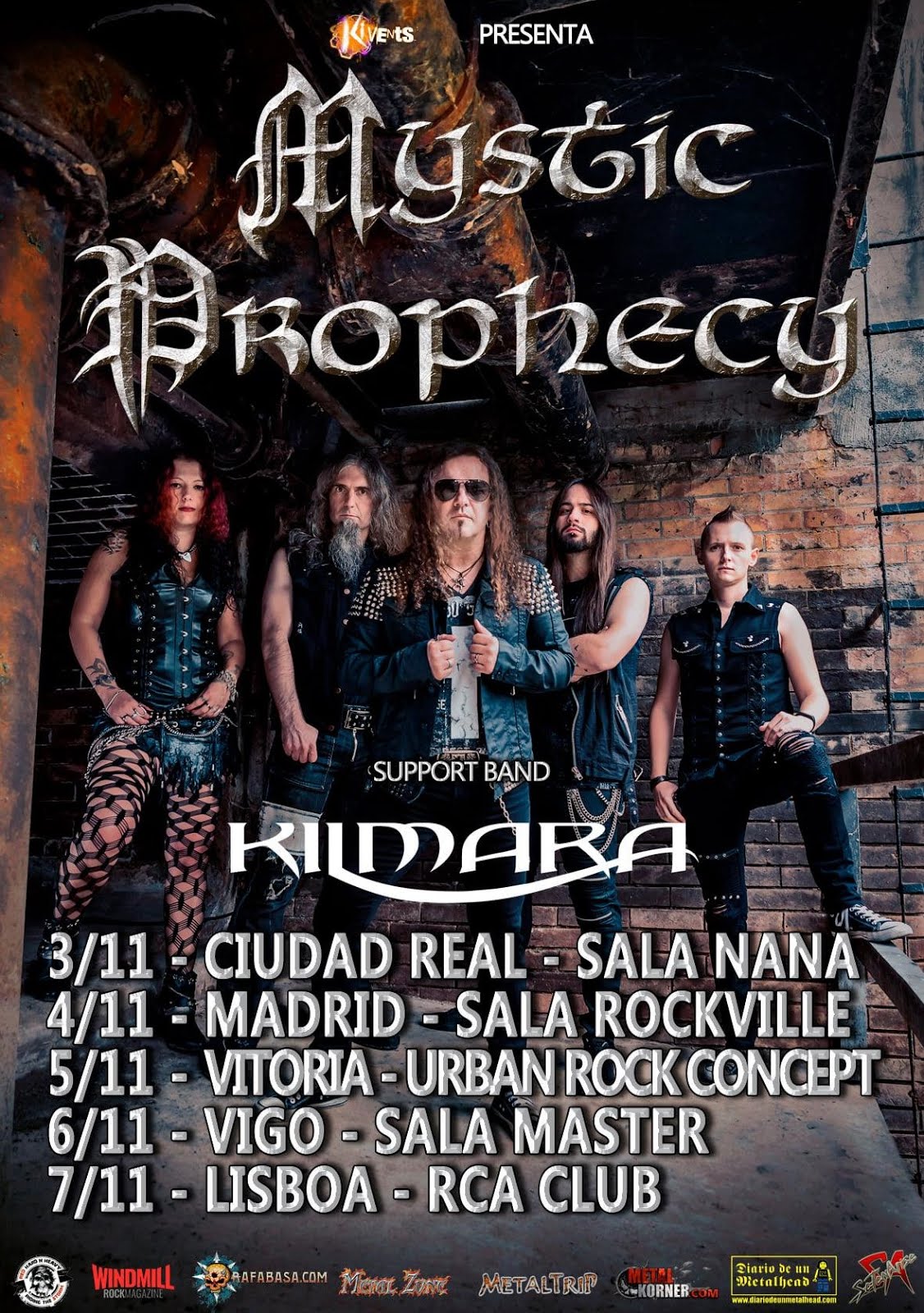 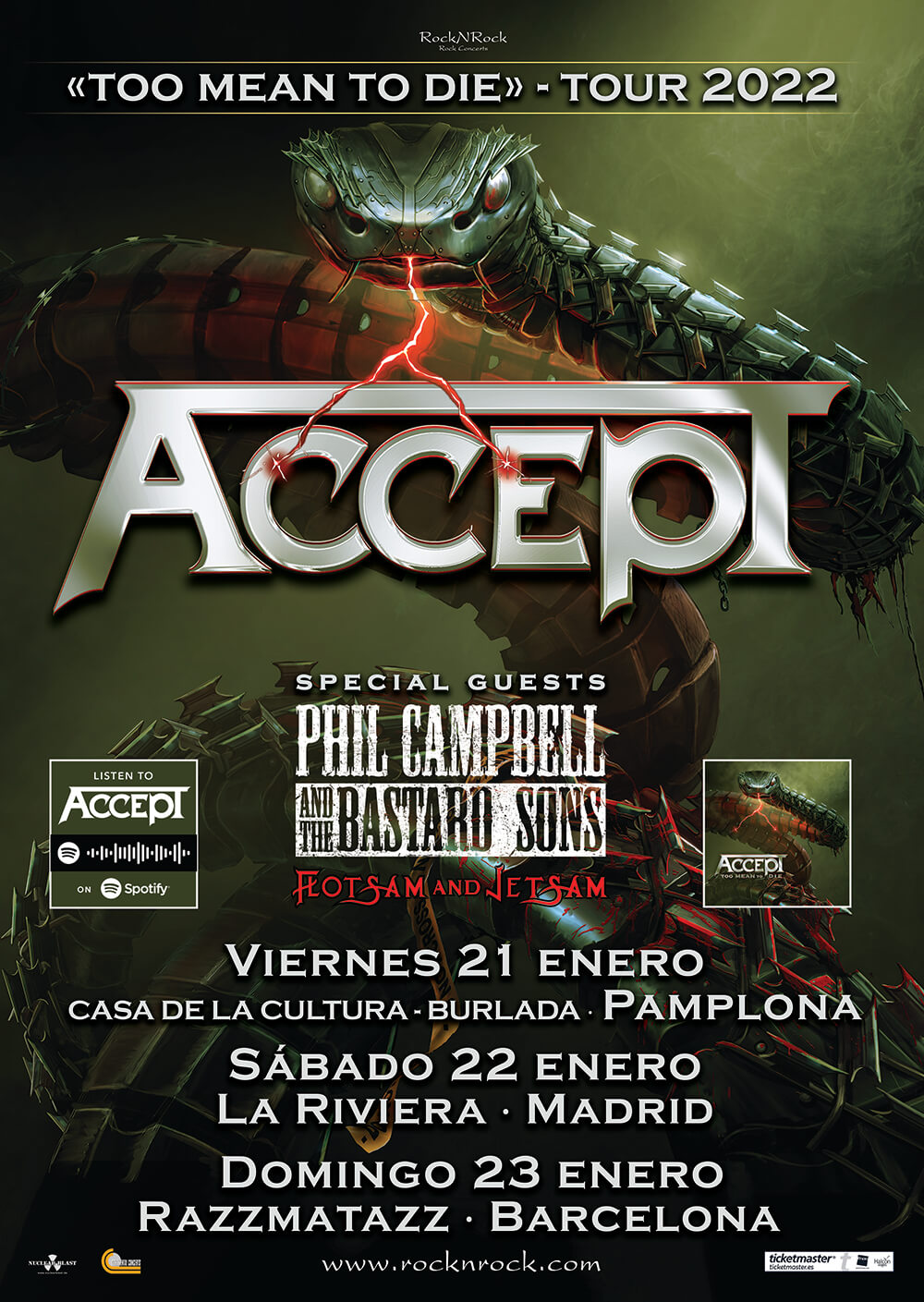 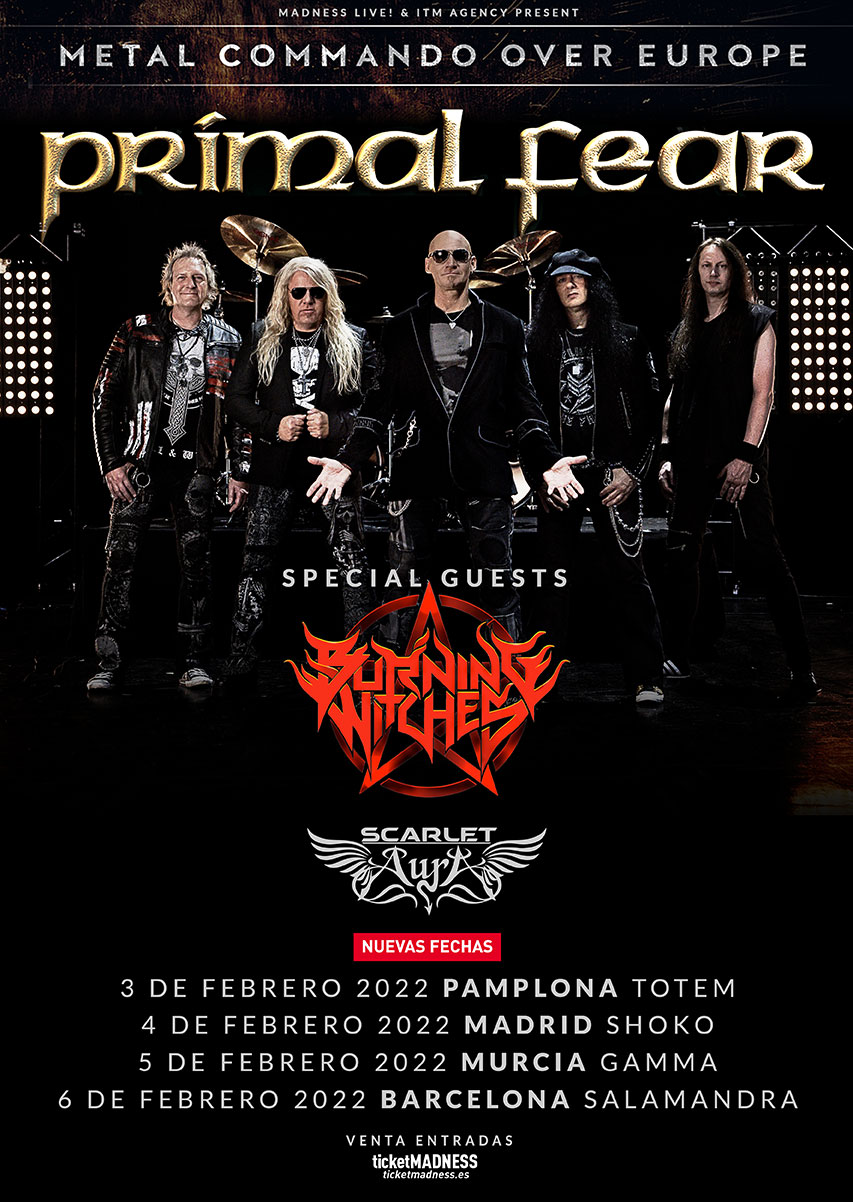 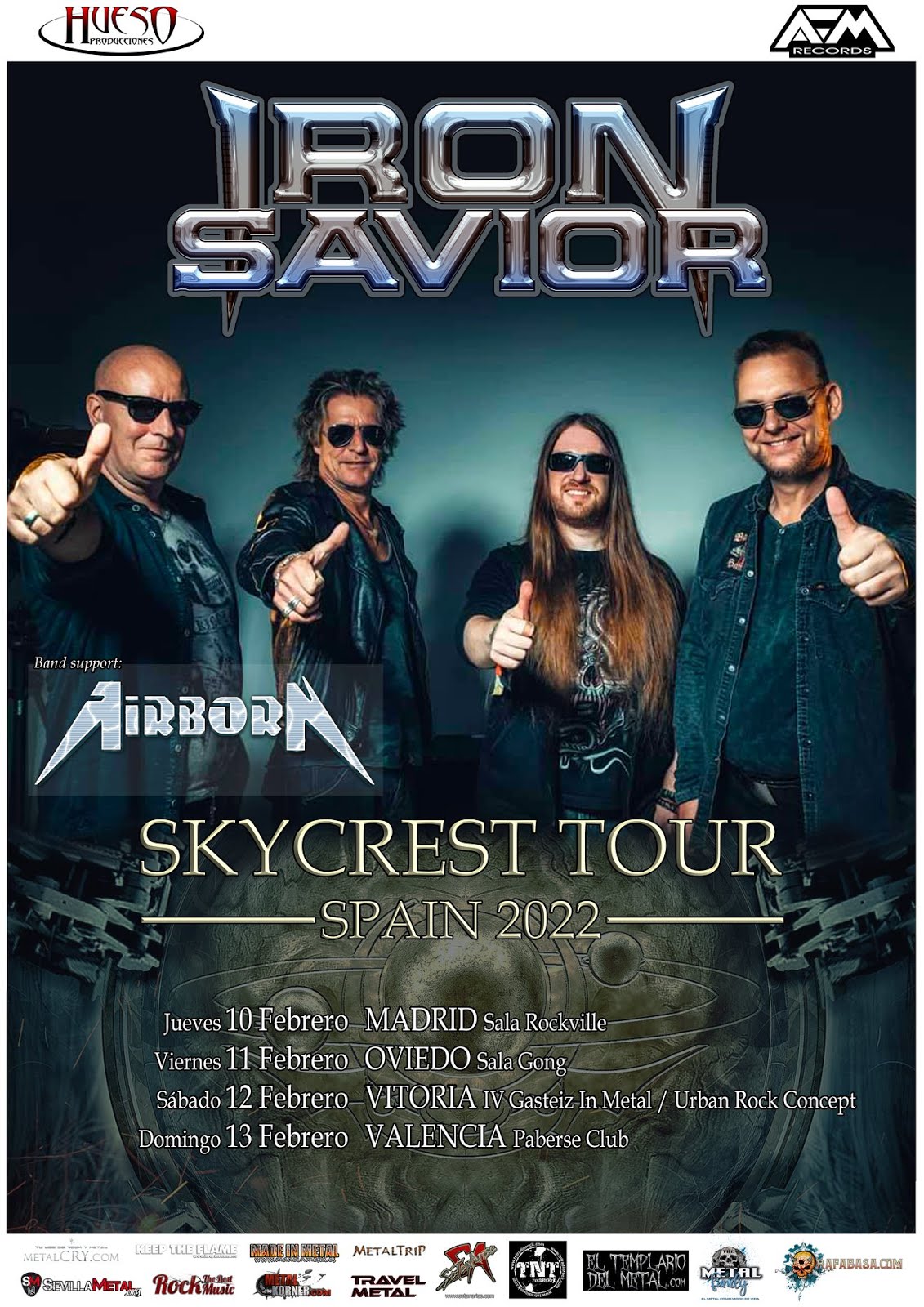 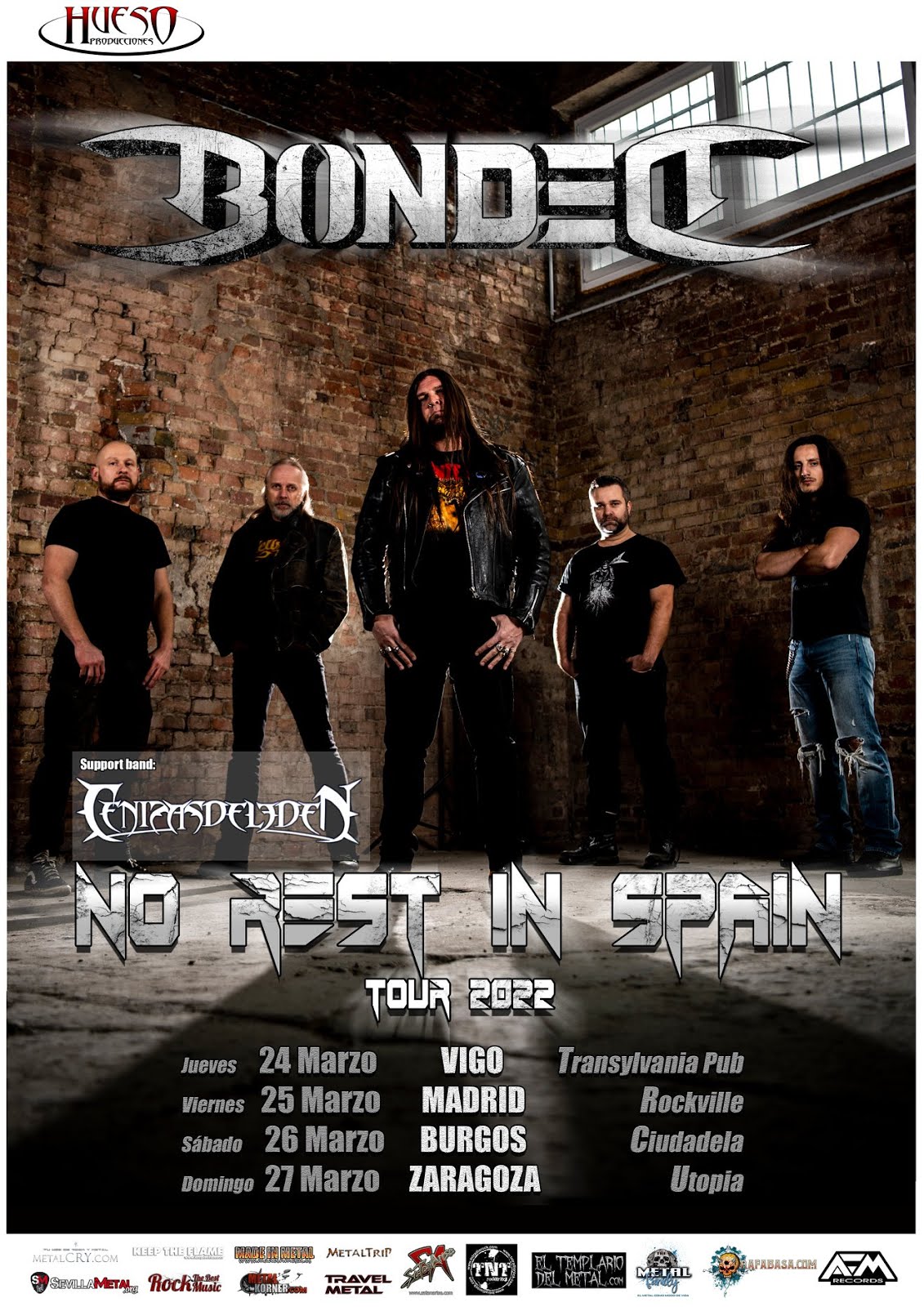 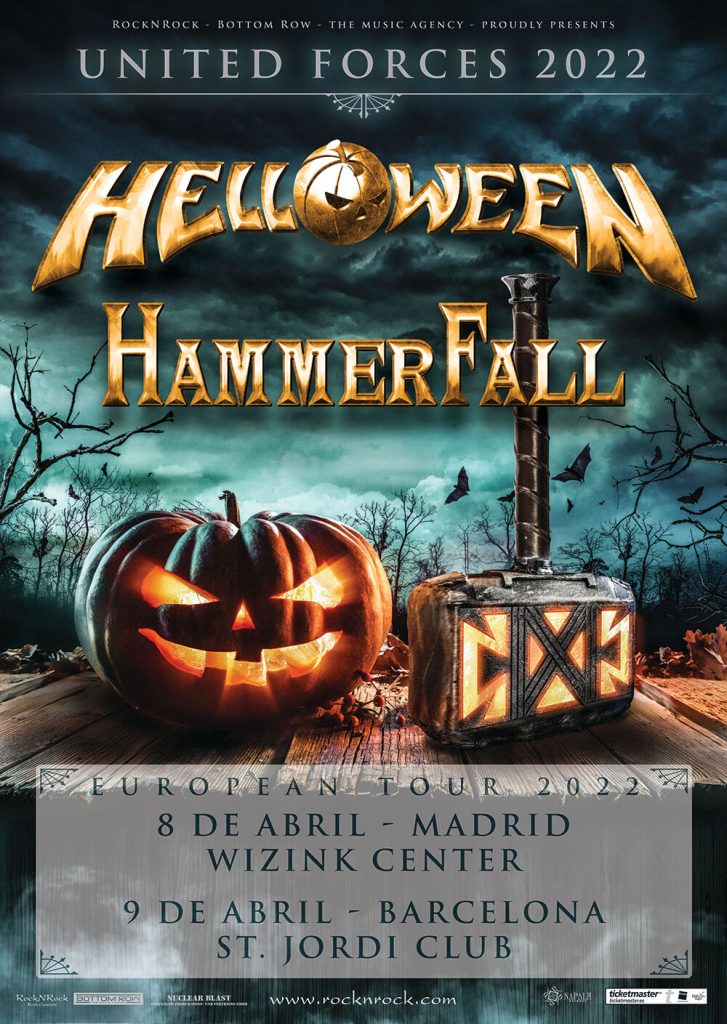 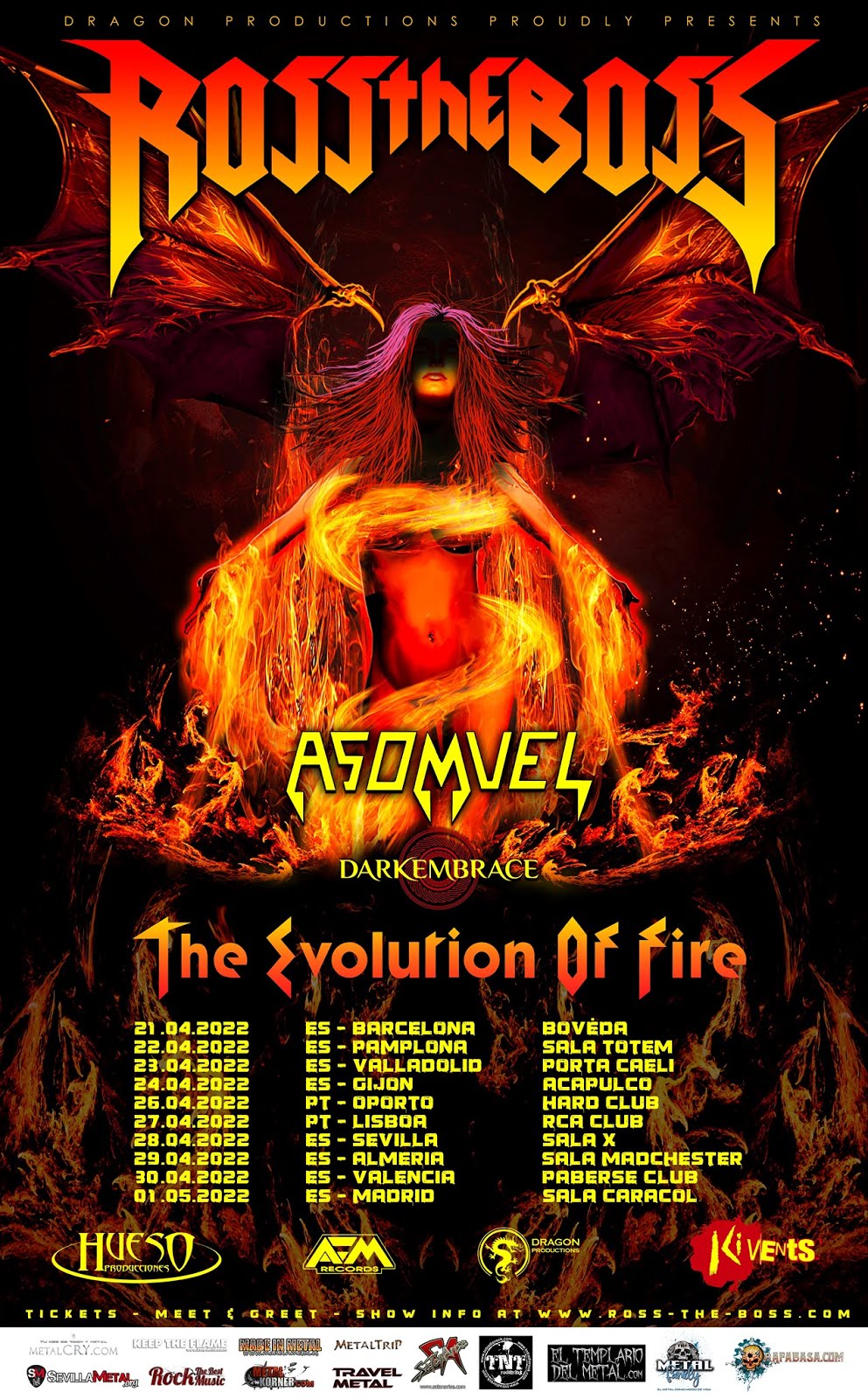 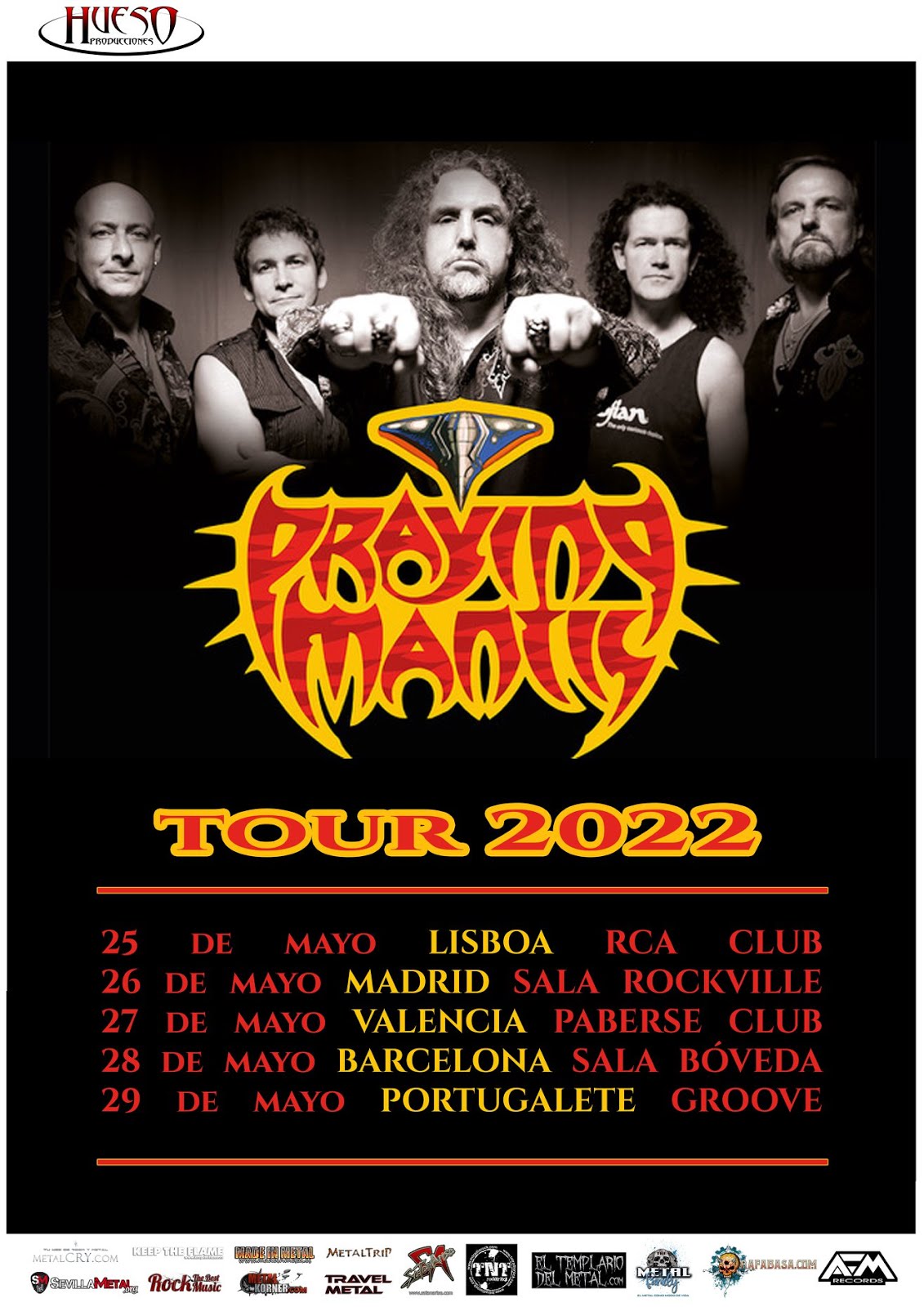 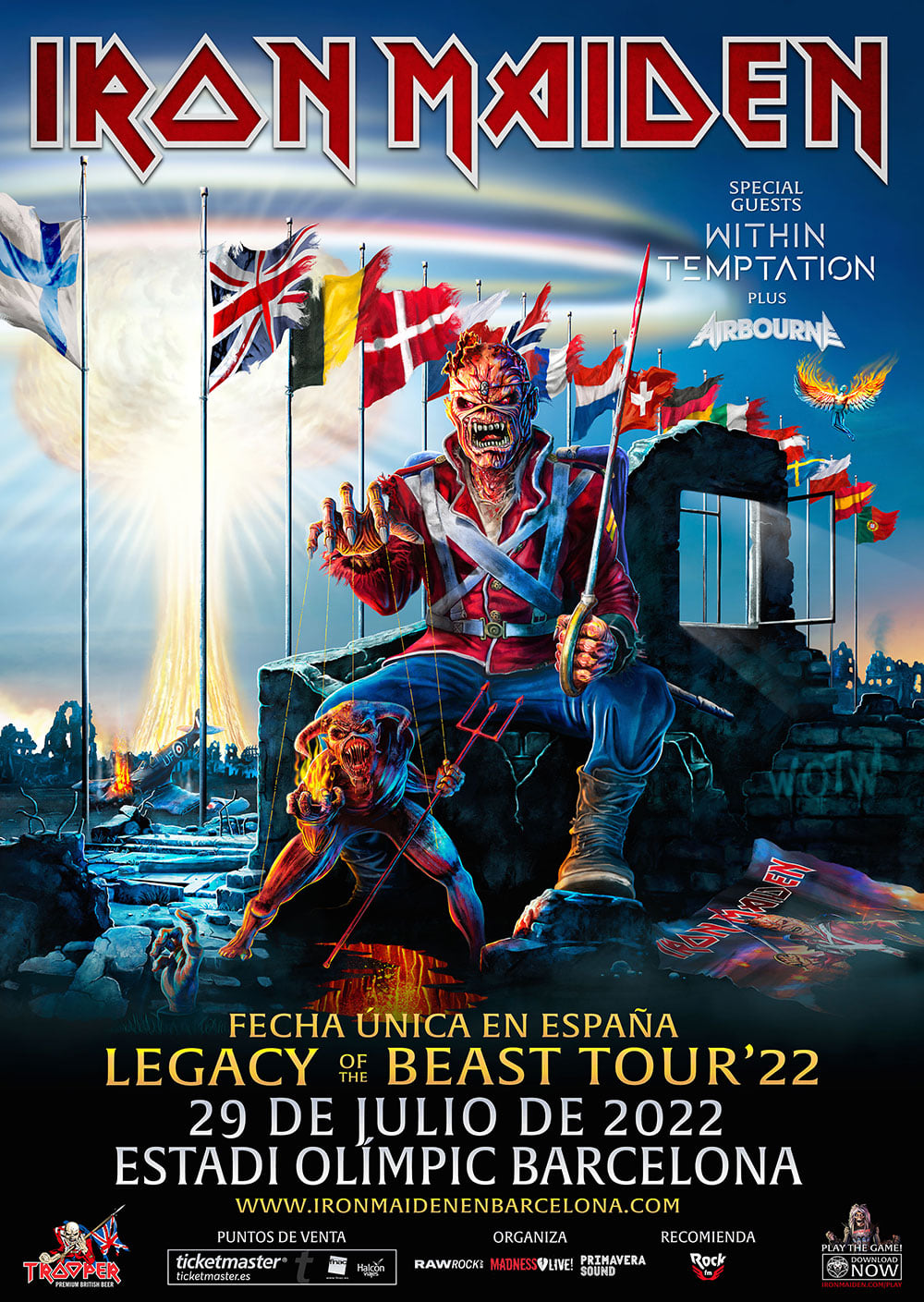 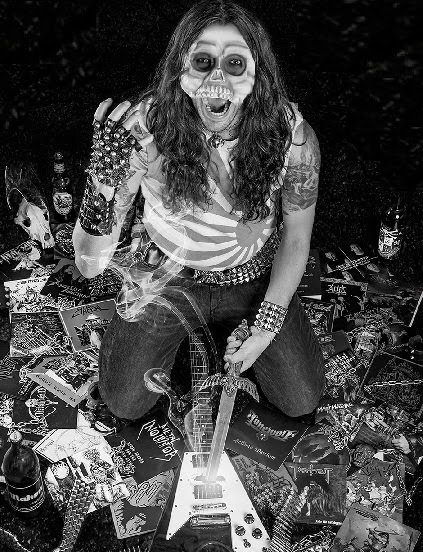 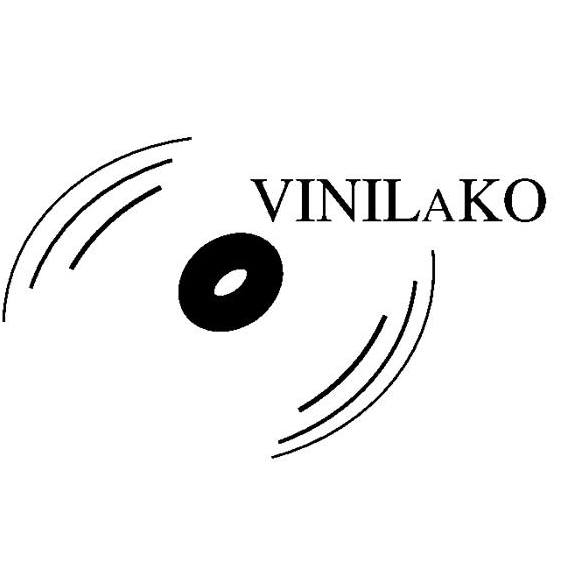 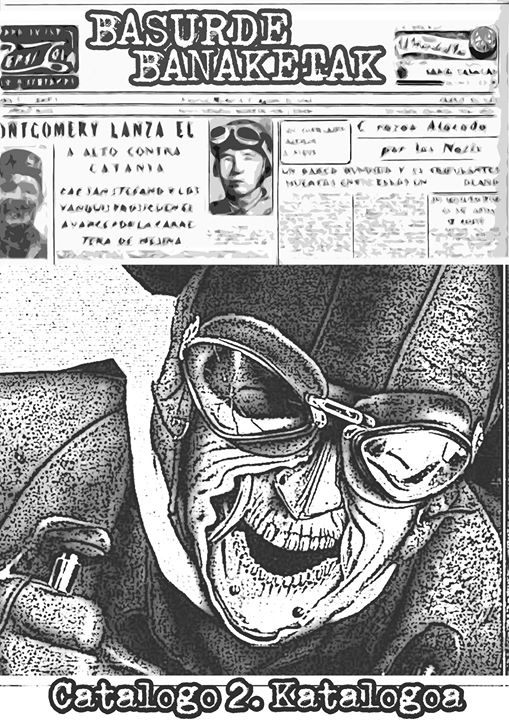 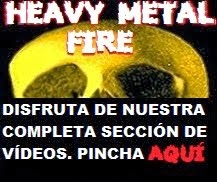